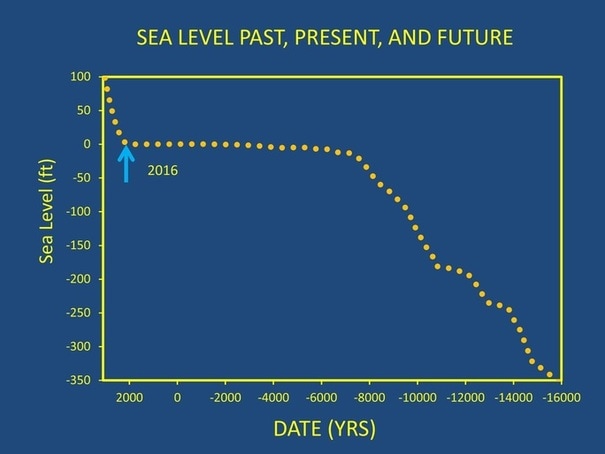 Future Sea Level
​The current rate of eustatic sea level rise (3 mm/year according to NOAA) is similar to that of 8,000 to 16,000 years ago, when the glaciers of the last ice age were rapidly melting. Follets and Galveston Islands formed during the past 2,000 to 6,000 years, when sea level was relatively stable (Anderson 2004). These barrier islands cannot retreat landward fast enough to adjust to the higher rates of sea level rise and they would ultimately be drowned.
Proudly powered by Weebly